These are the words of Andrew Turner-MP and ex Council Leader-Jonathan Bacon, written to John Haynes – Minister for Transport. The letter was written to show the minister why money is required to set up an “IOW Transport Infrastructure Taskforce”.

“The Isle of Wight has a fragile economic base and the work of the infrastructure task force will be central and helping the economy to become more robust. Despite the best attempts of the Isle of Wight Council and the local community to rebalance the economy towards private sector employment the public sector still accounted for 33% of Island jobs in 2013. It is also estimated that only 10% of the working age population travel regularly to the mainland for work.

The level of economic activity is extremely low; in 2011 its GDP per capita was 63% of that for Hampshire and 70% of that for Southampton and 67% of that for Portsmouth it’s Mainland neighbouring unitary authorities. Gross weekly pay is approximately 88% of the Great Britain and 81% of the South East average figure. Unemployment rates are higher than the south-east and there is a steady increase in International labour organisation (ILO) unemployment the seasonality of work tends to mask some of the underlying employment problems.

The Isle of Wight’s business rate base is very low with the councils 50% share being only £17.294 million. Consequently it’s receives a top up grants of £12.449 million from government. Current projections over the next three years are that the business rate yield is likely to remain static with any increase only attributable to the increase in the multiplier.

Although the island includes some very successful high technology businesses in the areas of marine aerospace and composite’s the visitor economy remains its primary source of employment underpinning approximately 30% of local jobs. The island is therefore a predominantly low skilled employment area and less than 30% of the islands working age population are qualified to NVQ level four or above compare it to 38% in the South-East.

It is considered that the security and affordability of physical links to the mainland continue to deter businesses from making step change investments on the Isle of Wight that will improve its overall economic position. Addressing this challenge will be a key focus of the work of the infrastructure task force.The island has a fragile social base comprising an above average number of older people; 23.83% of its resident population of 65 years of age and older the third highest unitary or county area in England and Wales for this measure. This contributes to its also being an outline for the use of residential and nursing care and the number of clients with learning disability. The corollary is that the islands labour market is very unlike that of the rest of the South East – 59.77% of his resident population is of working age (16-64 years) The third smallest of any unitary all county area in England and Wales against this measure.”

“By delivering an increase in mobility to from and within the island there is an increased likelihood that the Isle of Wight social demography will naturally rebalance reducing the overall financial pressures of the current demographic.”

signed…..      Jonathan Bacon – as the then IOW Council Leader

Both Andrew Turner and Jonathan Bacon have appeared to obstruct Fixed Link debate, even when accepting that the above metrics are primarily caused by the unavailability of fast and efficient modes for vehicles to cross the Solent…. 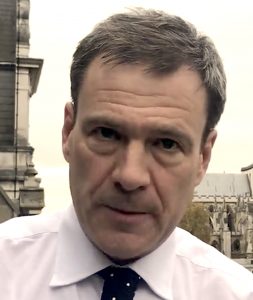